When I launched the IndieGoGo campaign on June 23, 2015, I wasn’t sure how it was going to go; would people support the film?  would the campaign reach its goal?  16 months later as I write this, I can proudly say that the campaign not only met its goal, has close to 500 supporters, but it also almost doubled the original goal amount…in which looking back, wasn’t  nearly enough to make this film.  I credit the community, client’s, friends, but I also credit myself; I kept up the excitement by posting new content every week and people were excited about it and wanted to be a part of it.  Now that the film was complete, it was time to ship out all the “perks” to the backers of the film…these included: DVD’s, Shirts from Identitees, Chocolate Bars from Suzi’s Sweet Shoppe, Stressballs, Ear Plugs, and Online Streaming Links.

It was quite an undertaking setting up spreadsheets based on the perk chosen, ordering packing supplies, printing labels and then finally packing the boxes and shipping them.  There were over 350 packages, sent to 15 countries…I’m glad that task is done.  I set up a Facebook page for people who have received the DVD or a link to stream, for them to comment on the film, here’s the  link: https://www.facebook.com/QuietPleaseDocumentary , the post is pinned to the top of the page with the movie marquee.  The next phase is to find a distributor for the film, so that it could be accessible by anyone around the world.

PS: The DVD and streaming link both are Closed Captioned 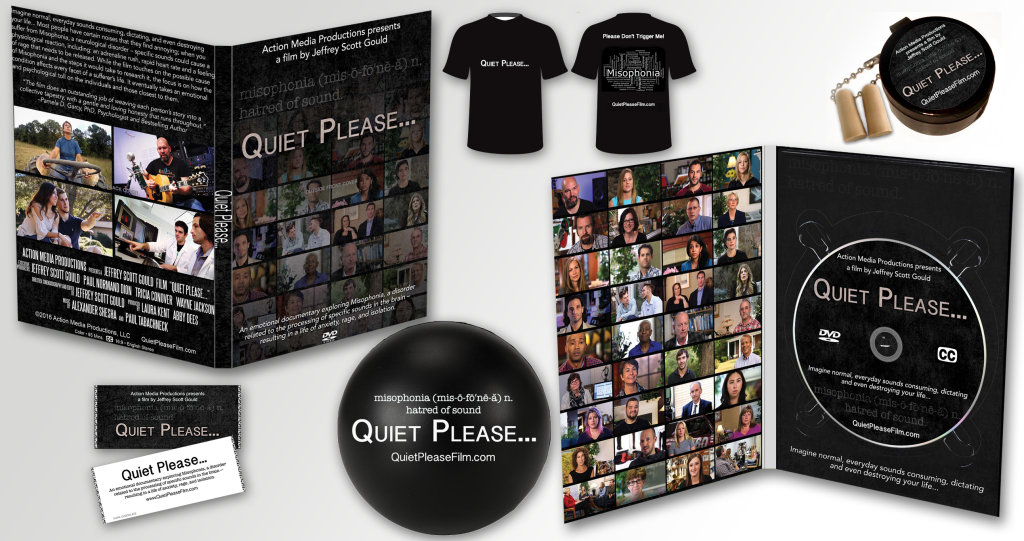 All the Perks Available 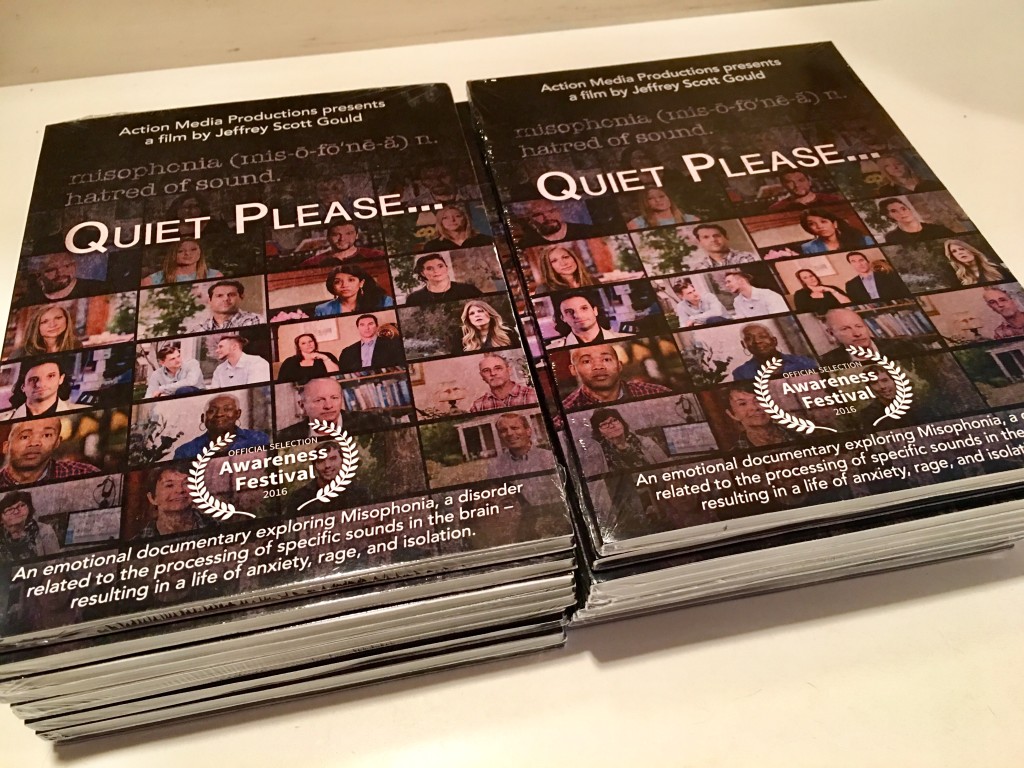 Front of the DVD Case

Back of the DVD Case 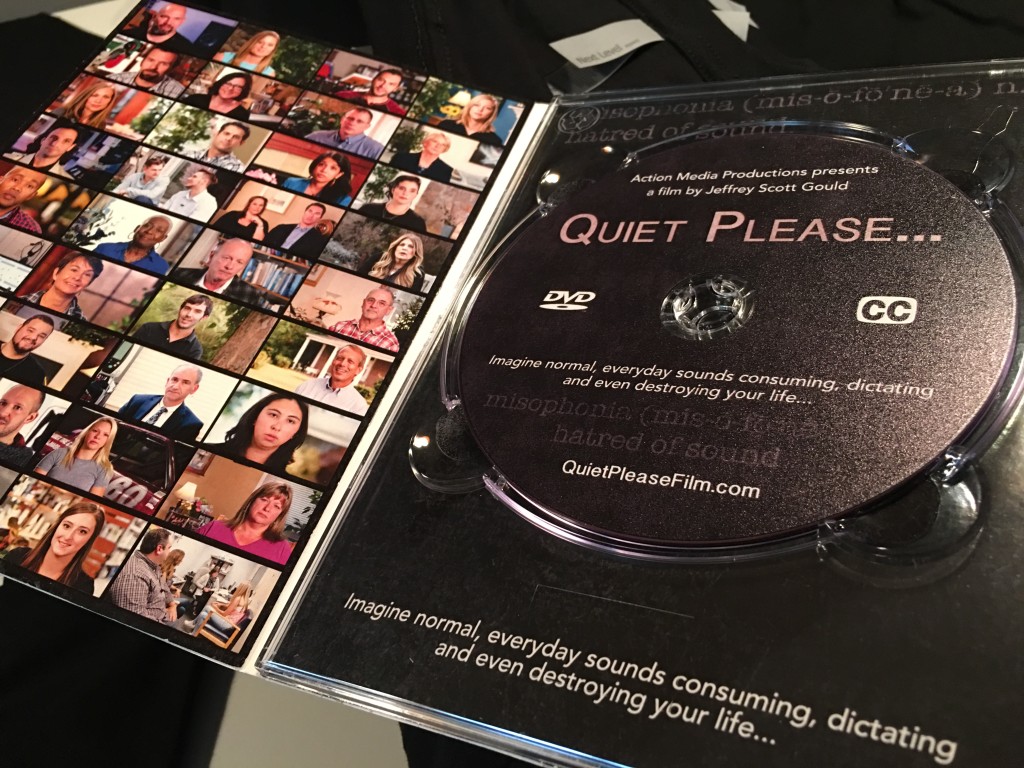 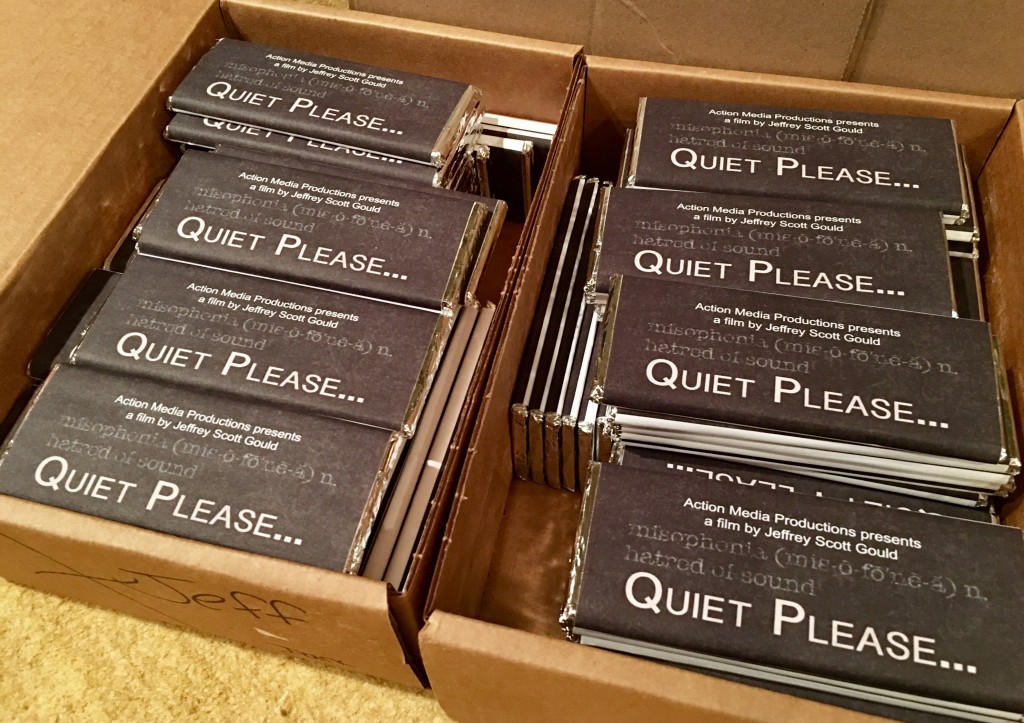 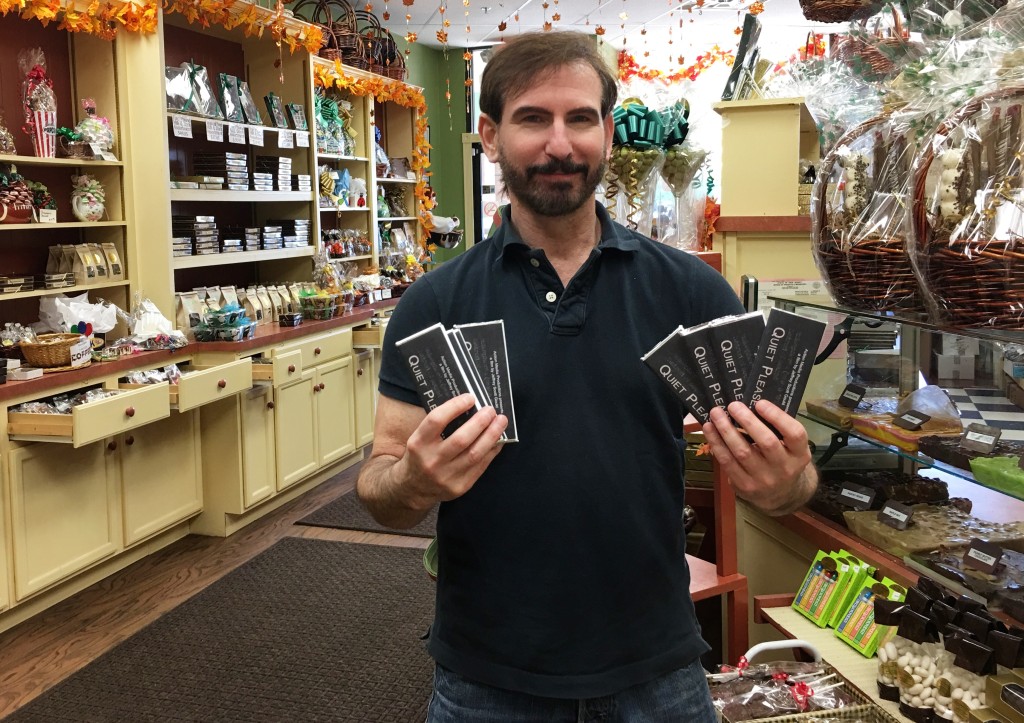 Jeff picking up the bars 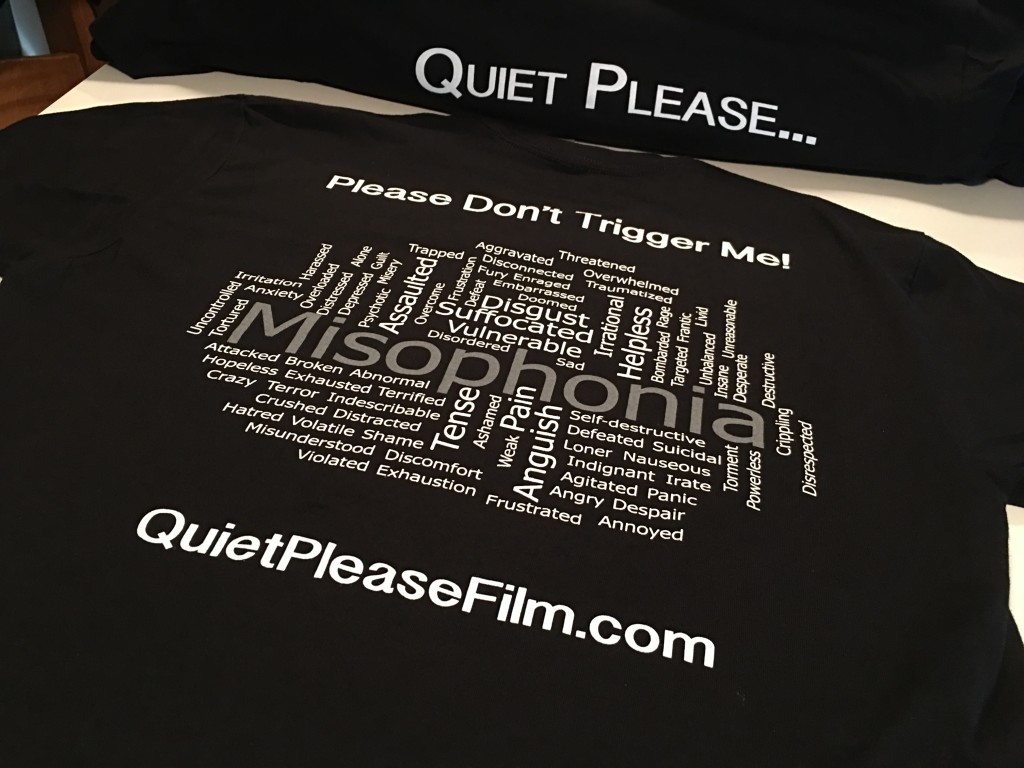 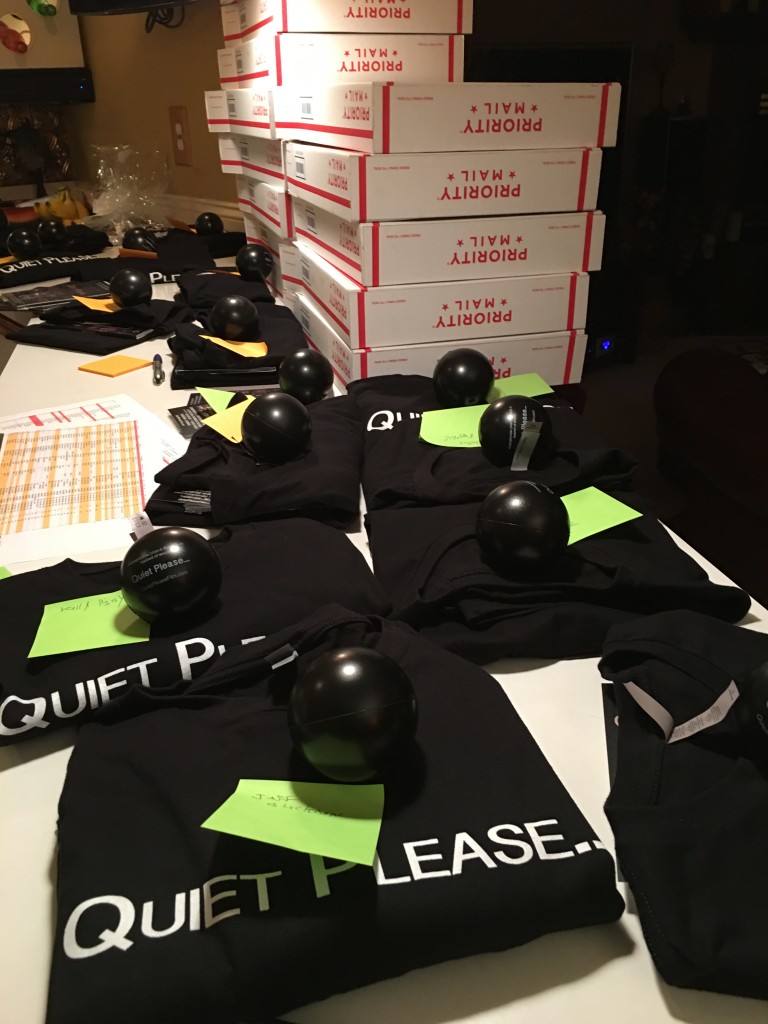 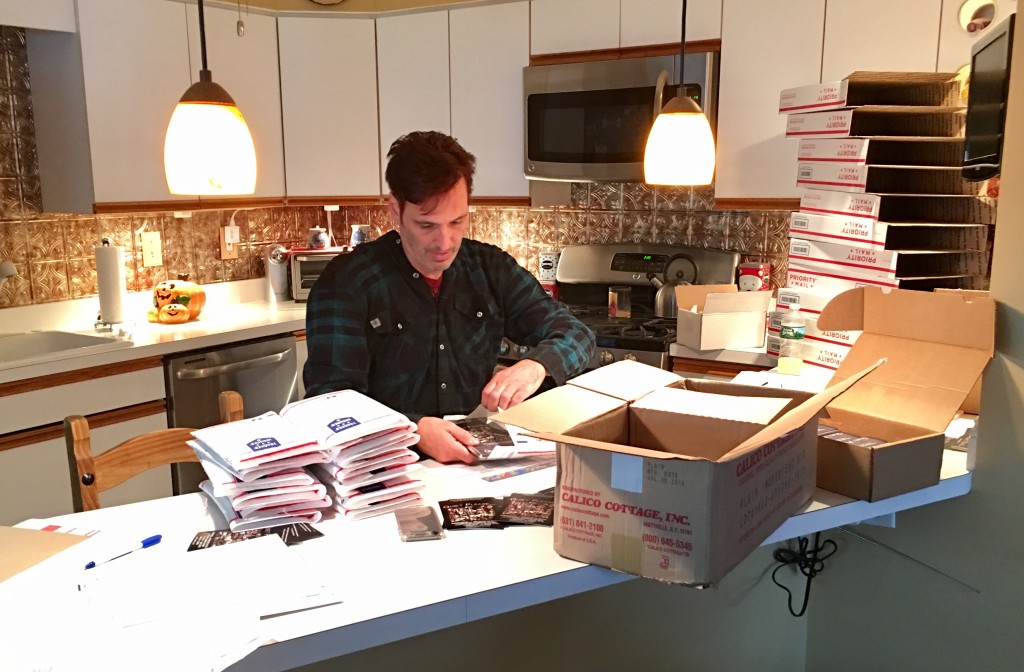 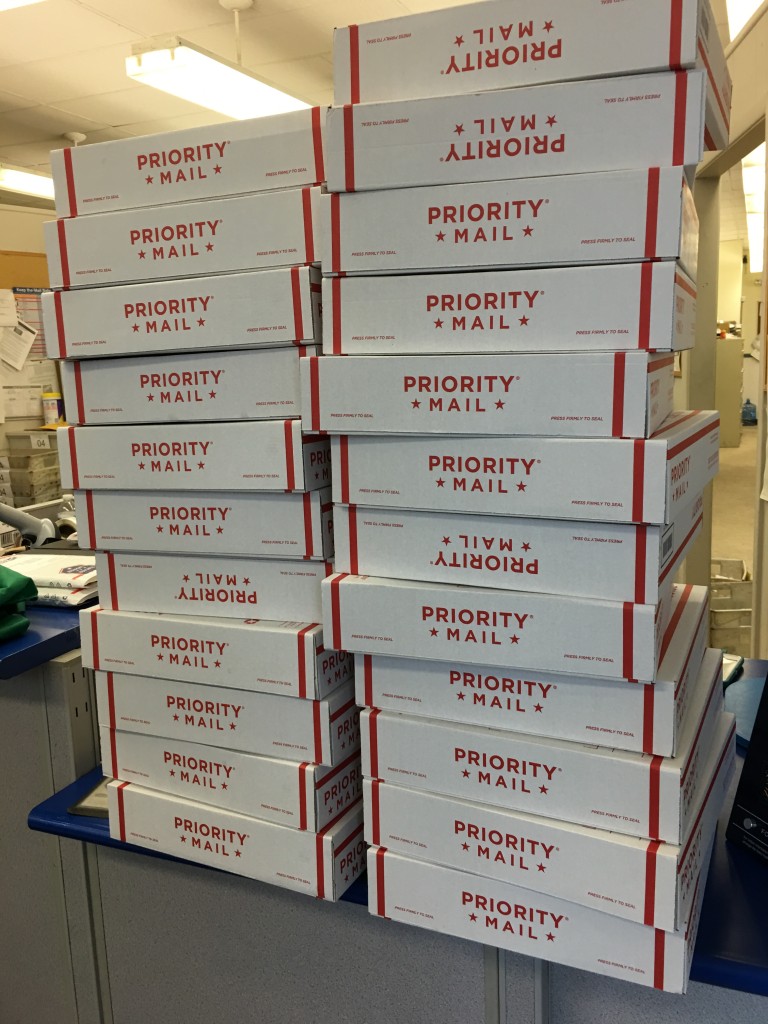