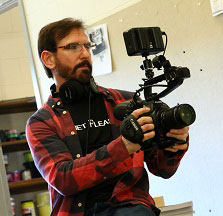 Since starting the film in 2015, many people have written that the film is making a difference in their lives, and helping to educate those closest to them; that’s where awareness starts.  Please view the trailer; if you feel that you can relate or know someone who has similarly negative reactions to specific sounds, consider watching, or sharing the film with them.  To date, the film has garnered 16 festival awards and selections, and has received a substantial amount of press. “Quiet Please…” with a running time of 93 minutes is now available for rent or purchase in over 50 territories on: and Amazon and Vimeo On Demand. The film includes Closed Captions, and Spanish/French Subtitles depending on location.  There are also “Expanded Edition” DVDs available for those who would like to own a hard copy of the film.